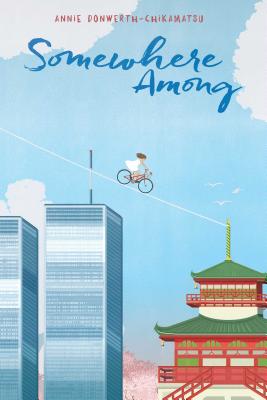 Annie Donwerth-Chikamatsu’s debut novel Somewhere Among, based on life in a bicultural multi-generational home in Tokyo, won the Freeman Award, SCBWI Crystal Kite Award, Writers’ League of Texas Book Award, and was a Bank Street Best Book of the Year. She still lives in Tokyo, Japan, after raising two children and experiencing the 2011 earthquake and aftershocks. After inheriting the garden work from Great-grandfather and Grandfather, she has spent a lot more time gardening. It keeps her grounded.
or support indie stores by buying on