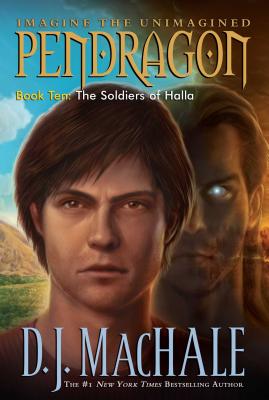 The final novel in the #1 New York Times bestselling Pendragon series returns with the original cover art—a must-have for every collector!

It has all been leading to this. Every victory. Every loss. All the thrills and sadness; the hope and the despair. Bobby Pendragon’s heart-pounding journey through time and space has brought him to this epic moment. He and his fellow Travelers must join forces for one last desperate battle against Saint Dane.

At stake is not only the tenth and final territory, but all that ever was or will be. Everywhere.

This is the war for Halla. Every question answered. Every truth revealed.