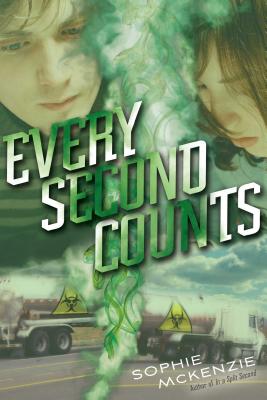 Charlie and Nat must expose a public official for who he truly is before he is elected prime minister in the riveting and romantic sequel to the explosive thriller, In a Split Second.

Nat and Charlie are on the run and in more danger than ever before. Nowhere is safe and they can’t trust anyone but each other. Roman Riley’s networks could discover them at any time, so Charlie believes their only option is to go undercover in Riley’s team, but Nat doesn’t agree. So Charlie sneaks away to pursue her plan alone. Nat is desperate to find Charlie, but his family is relying on him, and he can’t leave them behind. Even if Nat and Charlie can find each other again, could being together be even more dangerous than being apart?

Praise For Every Second Counts…

Sophie McKenzie was born and brought up in London, where she still lives with her teenage son. She has worked as a journalist and a magazine editor, and now writes full time. She has tallied up numerous award wins and has twice been longlisted for the Carnegie Medal.
Loading...
or support indie stores by buying on
(This book is on backorder)