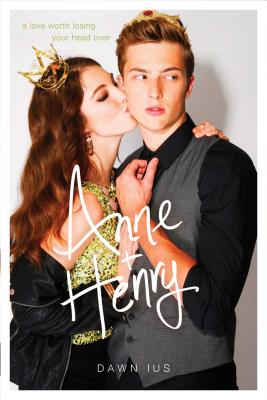 In this wonderfully “clever and compelling” (Kirkus Reviews) retelling of the infamous—and torrid—love affair between Anne Boleyn and King Henry VIII, history collides with the present when a sizzling romance ignites in a modern-day high school.

Set in modern-day Medina, WA, this story is a reimagining of the intense, dramatic (and short) relationship between King Henry VIII and Anne Boleyn. Henry can see his future as clearly as if it was sitting in his palm. He will bow to familial pressure. Once he graduates from high school, he will go to Harvard. He will marry his longtime girlfriend, Catherine. Then he will pursue politics on a national level. All of this seems certain until Anne Boleyn arrives in Medina. Gorgeous but lacking the polish of other Medina girls, Anne does not fit in at the posh high school. The story is told from the alternating viewpoints of Henry and Anne. The protagonist are well developed. Henry’s struggle to please his mother and satisfy his own desires is filled with tension that will ring true for many teens. Anne’s fruitless efforts to fit in are fraught with angst that will resonate with readers. This soap opera for teens features deception and intrigue aplenty. All of the adolescents are gluttonously wealthy and amazingly sophisticated. Also, they are self-absorbed, spoiled, and prolific swearers. Parents are around but never when they should be. The teens have several opulent parties, all of which involve lots of drinking. Sex is referred to often and described explicitly at least once. VERDICT The over-the-top wealth and intrigue will appeal to fans of Cecily Von Ziegesar’s “Gossip Girls” (Little, Brown) and Sara Shepard’s “Pretty Little Liars” (HarperCollins).
— School Library Journal - July 2015

As the second son of the wealthiest family in Medina, Henry seems to have it all—but then his brother Arthur dies, and Henry’s life is no longer his own. He is to date, and eventually marry, Arthur’s girlfriend, Catherine. He has to go to Harvard and pursue a career in politics that ends in the White House. So, when Anne moves to town with her unorthodox ways, the temptation to buck the expected—coupled with the chemistry between them—proves too much for Henry to resist. Henry wrestles with a well-meaning but controlling mother, while Anne is fleeing from her own family secrets, knowing she will never fit in. High-school politics and dysfunctional family relationships are thrown into sharp relief in Ius’ first YA novel. Told in chapters that alternate between Henry’s and Anne’s perspectives, this contemporary spin on the true story of King Henry VIII and Anne Boleyn oozes sexual and dramatic tension reminiscent of Stephenie Meyer’s Twilight (2005). With a little effort, this title will fly off the shelves.
— Booklist - September 15, 2015