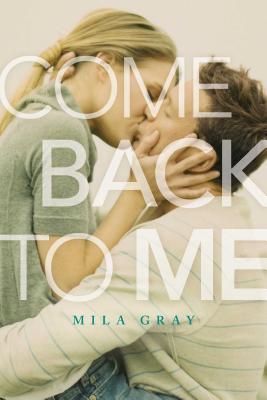 Come Back to Me

In this heart-wrenching tale of love and loss, a young Marine and his best friend’s sister plunge into a forbidden love affair while he’s home on leave.

When a Marine Chaplain knocks on her door, Jessa’s heart breaks—someone she loves is dead. Killed in action, but is it Riley or Kit? Her brother or her boyfriend…

Three months earlier, Marine Kit Ryan finds himself back home on leave and dangerously drawn to his best friend Riley’s sister, Jessa—the one girl he can’t have. Exhausted from fighting his feelings, Kit finally gives in, and Jessa isn’t strong enough to resist diving headfirst into a passionate relationship.

But what was just supposed to be a summer romance develops into something far greater than either of them expected. Jessa’s finally found the man of her dreams and Kit’s finally discovered there’s someone he’d sacrifice everything for.

When it’s time for Kit to redeploy, neither one is ready to say goodbye. Jessa vows to wait for him and Kit promises to come home to her. No matter what.

But as Jessa stands waiting for the Marine Chaplain to break her heart, she can’t help but feel that Kit has broken his promise…

Riley or Kit? Kit or Riley? Her brother or her boyfriend? Who’s coming home to her?

Mila Gray is the pseudonym for Sarah Alderson. Having spent most of her life in London, Sarah quit her job in the nonprofit sector in 2009 and took off on an around the world trip with her husband and princess-obsessed daughter on a mission to find a new place to call home. They are currently located somewhere between India, London, Canada, and the US. Sarah is the author of several YA novels, including Out of Control, The Sound, Hunting Lila, and its sequel Losing Lila, plus the paranormal Fated trilogy.
Loading...
or support indie stores by buying on