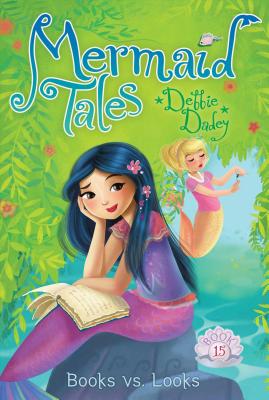 Kiki wants to start a book club, but Pearl tries to steal the spotlight with a rival fashion club in this sparkling Mermaid Tales adventure.

Kiki misses her brother, Yuta, who lives on the other side of the ocean. To help keep in touch, the two of them start a book club, and Kiki decides it would be fun to expand the club for all of Trident Academy.

But Pearl doesn’t want anything to do with a boring book club. Instead, she decides she’s going to make the best club ever: a fashion club! Pearl will do anything to make sure the other students join her club instead of Kiki’s, and offers free food, candy, and even prizes to draw them in. But will it be enough?

Who will win the battle of the clubs?

Tatevik Avakyan has illustrated many books for children, including the Mermaid Tales series.
or support indie stores by buying on
Copyright © 2020 American Booksellers Association