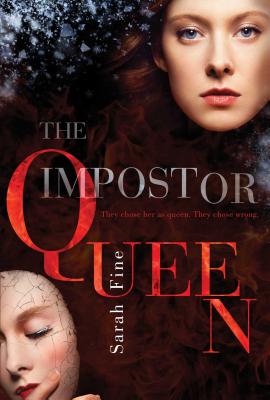 "Fine's portrayals of fire and ice magic are scorching and chilling...Full of passion, fire, and ice. "
— Kirkus Reviews

"Readers will find conspiracy, magic, war, romance, prophecy, corruption, and the truth that there are multiple sides to every story. Stay tuned for a sequel. VERDICT Recommend to readers who enjoy magical fantasy with a little romance mixed in—especially to fans of Victoria Aveyard’s Red Queen."
— School Library Journal

“Readers who love unique world building and magic will embrace this story easily, but the qualities of bravery, love, and devotion will extend its appeal even further.”
— Booklist

"Elli's quest is absorbing, the story well-paced, and the world and its magic intriguing."
— Publishers Weekly

“Fans of Rae Carson’s books and Victoria Aveyard’s Red Queen will find much to love in Fine’s engrossing novel.”
— VOYA

“Sarah Fine presents a fresh and fascinating magical world with its own rules and rituals, riveting action and relationships (and a sequel-worthy ending),featuring a protagonist who grows in wisdom, compassion, and self-awareness.”
— School Library Journal, "Magic, Dastardly Villains, and Less-Than-Perfect Heroes"