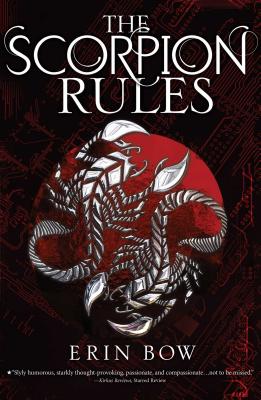 “Bow's amoral artificial intelligence overlord is one of my favorite characters in a while.”
— Maggie Stiefvater, author of The Raven Boys

"Bow's vision of our apocalypse is stark, beautiful and terrifying. This is my favourite book."
— EK Johnston, author of The Story of Owen

“THE SCORPION RULES is a bloody, breath-taking, beautiful book… As a fellow craftsperson I'm left in awe, and as a reader I'm left feeling transformed.”
— Zoe Marriott, author of The Name of the Blade series