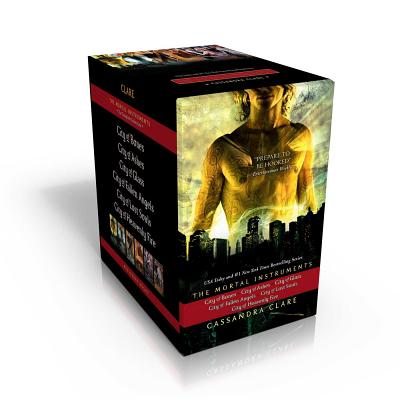 The Mortal Instruments, the Complete Collection

Enter the secret world of the Shadowhunters with this handsomely packaged boxed set that includes City of Bones, City of Ashes, City of Glass, City of Fallen Angels, City of Lost Souls, and City of Heavenly Fire. The Mortal Instruments books have more than five million copies in print, and this collectible set of six hardcover volumes is a perfect gift for newcomers to the series and for loyal fans alike.