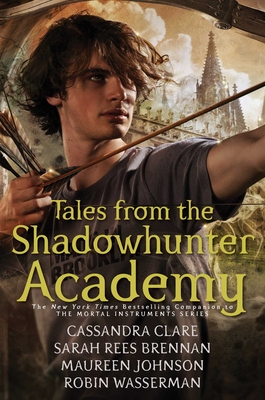 Tales from the Shadowhunter Academy

The New York Times and USA TODAY bestselling collection of short stories chronicling the adventures of Simon Lewis as he trains to become a Shadowhunter is now available in print with ten brand-new comic illustrations!

A great read for fantasy fans who want to be completely immersed in a different world.
— Booklist

Robin Wasserman is the author of Girls on Fire, an NPR and BuzzFeed Best Book of the Year. She is a graduate of Harvard College with a Master’s in the history of science. She lives in Los Angeles, where she writes for television.
Loading...
or support indie stores by buying on