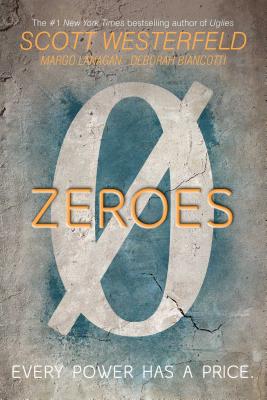 But these six Californian teens have powers that set them apart.

Enter Nate, a.k.a. Bellwether, the group’s “glorious leader.” After Scam’s SOS, he pulls the scattered Zeroes back together. But when the recue blows up in their faces, the Zeroes find themselves propelled into whirlwind encounters with ever more dangerous criminals. At the heart of the chaos they find Kelsie, who can take a crowd in the palm of her hand and tame it or let it loose as she pleases.

Deborah Biancotti has written two short story collections, Bad Power and A Book of Endings. She’s been nominated for the Shirley Jackson Award and the William L. Crawford Award for Best First Fantasy Book. You can find her online at DeborahBiancotti.com or on Twitter at @Deborah_B.
Loading...
or
Not Currently Available for Direct Purchase