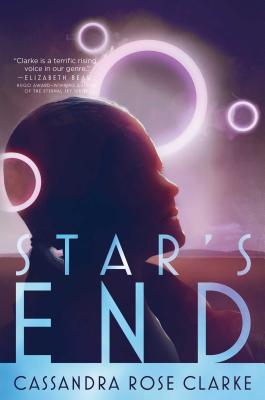 The Corominas family owns a small planet system, which consists of one gaseous planet and four terraformed moons, nicknamed the Four Sisters. Phillip Coromina, the patriarch of the family, earned his wealth through a manufacturing company he started as a young man and is preparing his eldest daughter, Esme, to take over the company when he dies.

When Esme comes of age and begins to take over the business, she gradually discovers the reach of her father’s company, the sinister aspects of its work with alien DNA, and the shocking betrayal that estranged her three half-sisters from their father. After a lifetime of following her father’s orders, Esme must decide if she should agree to his dying wish of assembling her sisters for a last goodbye or face her role in her family’s tragic undoing.

"Star's End has the beautiful craftsmanship of a fine watch...A family drama that mixes corporate espionage and first contact, set across a planetary system that feels lived it. It is a marvel without ever shouting about its own marvelousness."
— Locus Magazine