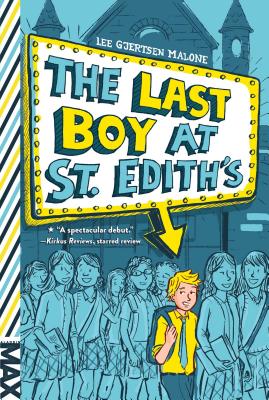 A seventh grade prankster is determined to escape the all-girls academy where he’s the only boy—by getting expelled—in this “spectacular debut” (Kirkus Reviews) MAX novel that’s perfect for “fans of Jerry Spinelli’s Crash and Loser” (Booklist).

Jeremy is the only boy left after the school’s brief experiment in co-education. And he needs to get out. His mother—a teacher at the school—won’t let him transfer, so Jeremy takes matters into his own hands: he’s going to get expelled.

Lee Gjertsen Malone is a Massachusetts transplant via Long Island, Brooklyn, and Ithaca, New York. As a journalist she’s written about everything from wedding planning to the banking crisis to how to build your own homemade camera satellite. Her interests include amateur cheese making, traveling, associating with animals, shushing people in movie theaters, kickboxing, and blinking very rapidly for no reason. She lives in Cambridge, Massachusetts, with her husband, daughter, and a rotating cast of pets.
Loading...
or
Not Currently Available for Direct Purchase