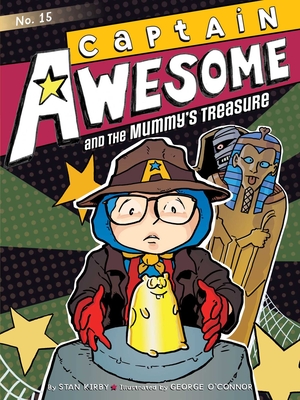 Captain Awesome and the Mummy's Treasure

Captain Awesome ventures into the depths of a museum to reclaim the mummy’s ancient treasure in the fifteenth adventure of Captain Awesome and the Sunnyview Superhero Squad!

Eugene and his class are off to the Sunnyview Museum. At first, the trip seems booooring…until they stumble upon an Egyptian mummy and an ancient stone. After a closer examination of the stone, Eugene knows that the symbols on it are a secret map to an ancient treasure hidden somewhere in the building. Now it’s up to Captain Awesome and the Sunnyview Superhero Squad to track down the treasure before they must head back to school!