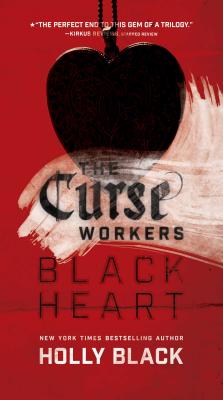 In book three of the Curse Workers series, “the perfect end to this gem of a trilogy” (Kirkus Reviews, starred review), trust is a priceless commodity and the lines between right and wrong become dangerously blurred.

But with a mother on the lam, the girl he loves about to take her place in the Mob, and all new secrets coming to light, what’s right and what’s wrong become increasingly hard to tell apart. When the Feds ask him to do the one thing he said he would never do again, he starts to wonder if they really are the good guys, or if it’s all a con. And if it is, Cassel may have to make his biggest gamble yet—on love.

Holly Black is the #1 New York Times bestselling and award-winning author of speculative and fantasy novels, short stories, and comics. She has been a finalist for an Eisner and a Lodestar Award, and the recipient of the Mythopoeic and Nebula Awards and a Newbery Honor. She has sold over twenty-six million books worldwide, and her work has been translated into over thirty languages and adapted for film. She currently lives in New England with her husband and son in a house with a secret library. Visit her at BlackHolly.com.
Loading...
or
Not Currently Available for Direct Purchase