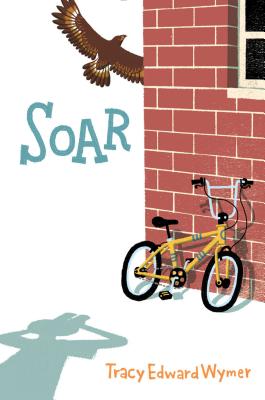 Seventh grader Eddie is determined honor his father’s legacy and win the school science fair in this fun and quirky debut novel.

Eddie learned everything there is to know about birding from his dad, including the legend of the Golden Eagle, which Dad claimed he saw once down near Miss Dorothy’s pond. According to his dad, the Golden Eagle had wings wider than a creek and talons the size of bulldozer claws. But when Eddie was in sixth grade, Dad “flew away” for good, leaving Eddie on his own to await the return of the elusive raptor.

Now Eddie is starting seventh grade and trying to impress Gabriella, the new girl in town. The annual seventh grade Science Symposium (which Dad famously won) is looming, and Eddie is determined to claim the blue ribbon for himself. With Mr. Dover, the science teacher who was Dad’s birding rival, seemingly against him, and with Mouton, the class bully, making his life miserable on all fronts, Eddie is determined to overcome everything and live up to Dad’s memory. Can Eddie soar and make his dream take flight?

Tracy Edward Wymer grew up in Missouri and Indiana. He spent most of his childhood riding his bike, playing neighborhood Wiffle ball games, and reading Charlie and the Chocolate Factory over and over again. He is the author of Soar and The Color of Bones, and he is part of the anthology Been There, Done That: Writing Stories from Real Life. When not plowing through stacks of books on his nightstand, he likes to run, write, look for birds, and root for the Kansas City Royals. A long-time educator, Tracy lives with his family in Los Angeles.
or
Not Currently Available for Direct Purchase
Copyright © 2020 American Booksellers Association