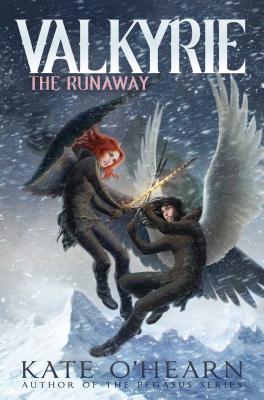 Freya searches for a missing Valkyrie in this second book of an exciting new series that School Library Journal described as perfect for “those looking for Rick Riordan read-alikes.”

Valkyrie: Norse Goddess. Reaper of Souls. Defender of the Weak. But could she also start a war?

In the world of Asgard, living among Odin, Thor, and Loki are the Valkyries of legend. Norse goddesses, reapers of souls from human battlefields—they have the power to cause death with just one touch.

Freya is a Valkyrie—but she has not followed in the footsteps of the legends before her. She has been to the World of Man to befriend humans—and not to reap their souls.

Now she must return to the human realm on a new quest to track down the runaway Valkyrie of legend. There she will discover a dark secret that leads her to the Land of the Frost Giants where she must take on new enemies. But this time she has friends to rely on, and lots more to gain.