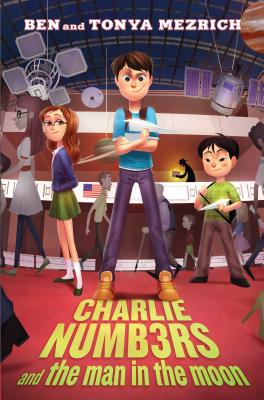 Charlie is recruited to use his mathematical prowess to discover what happened to a box of stolen moon rocks in this follow up to Bringing Down the Mouse.

Charlie Lewis is really good at math. So good, that he’s approached by a mysterious woman who needs his help. The woman is carrying an incredible item: an actual moon rock, one of the most valuable objects on Earth, and she’s investigating the theft of a box of moon rocks from NASA’s vault at the Johnson Space Center, and believes the stolen rocks are now in the possession of a former astronaut.

Although she claims to work at NASA, Charlie suspects she is something else—but he decides the adventure is too good to pass up. Charlie and the whiz kids go undercover by entering the Smithsonian Air and Space Museum’s paper airplane contest, and head down to the nation’s capital. Working together, they master the principles of aerodynamics, wind science, and gravity to excel in the competition.

Charlie must decide how far he’ll go to solve the mystery of the stolen moon rocks; is he willing to betray a new friendship? Or has he unwittingly been drawn into something even bigger than some missing chunks of the moon?

When Tonya Mezrich was little, she preferred art to reading. But then she learned that reading could be just as cool, and so could writing books. She attended Tufts University, where she studied French literature and art history. She later developed a jewelry line and clothing line and launched and cohosted the TV show StyleBoston. She is the resident fashion expert at NECN and writes a blog about style and fashion at TonyaMezrich.com. She and Ben live in Boston with their two kids and a pug.
Loading...
or support indie stores by buying on