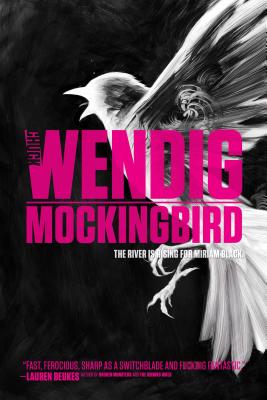 Miriam Black is trying to live an ordinary life, keeping her ability to see how someone dies hidden...until a serial killer crosses her path. This is the second book in the Miriam Black series.

“Visceral and often brutal, this tale vibrates with emotional rawness that helps to paint a bleak, unrelenting picture of life on the edge.” —Publishers Weekly

Miriam is trying. Really, she is. But this whole “settling down thing” just isn’t working out.

She lives on Long Beach Island all year in a run-down, double-wide trailer. She works at a grocery store as a checkout girl. And her relationship with Louis—who’s on the road half the time in his truck—is subject to the mood swings Miriam brings to everything she does. It just isn’t going well.

Still, she’s keeping her psychic ability—to see when and how someone is going to die just by touching them—in check. But even that feels wrong somehow. Like she’s keeping a tornado stopped up in a tiny bottle. Then comes the one bad day that turns it all on her ear.