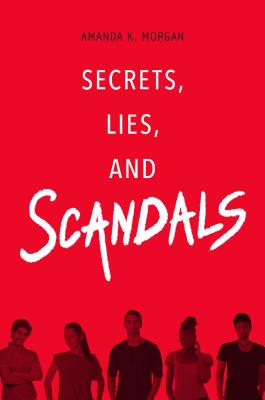 In the tradition of I Know What You Did Last Summer and How to Get Away with Murder, five teens must overcome their paranoia in order to keep their teacher’s death a secret in this fast-paced suspense thriller.

Nothing ruins summer vacation like a secret…especially when it involves a dead teacher.

Ivy used to be on top of the social ladder, until her ex made that all go away. She has a chance to be Queen Bee again, but only if the rest of the group can keep quiet.

Tyler has always been a bad boy, but lately he’s been running low on second chances. There’s no way he’s going to lose everything because someone couldn’t keep their mouth shut.

Kinley wouldn’t describe herself as perfect, though everyone else would. But perfection comes at a price, and there is nothing she wouldn’t do to keep her perfect record—one that doesn’t include murder charges.

Cade couldn’t care less about the body, or about the pact to keep the secret. The only way to be innocent is for someone else to be found guilty. Now he just has to decide who that someone will be.

With the police hot on the case, they don’t have much time to figure out how to trust each other. But in order to take the lead, you have to be first in line…and that’s the quickest way to get stabbed in the back.

Amanda K. Morgan lives in Nashville, Tennessee. She is the author of After Hours under the name Claire Kennedy as well as Secrets, Lies, and Scandals and Such a Good Girl.
Loading...
or support indie stores by buying on
(This book is on backorder)