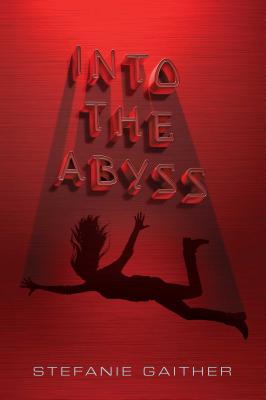 Into the Abyss (Paperback)

Violet has lost her memory, and her sense of self—but can she decide who she wants to be in time to save the world? Find out in this sequel to Falls the Shadow, which Kirkus Reviews called perfect “for fans of Divergent and The Hunger Games.”

Violet Benson used to know who she was: a dead girl’s clone, with a dead girl’s memories. But after Huxley’s attempt to take over the government left her memories and personality wiped, all she has left is a mission: help the CCA fight back against the rest of Huxley’s deadly clones that are still at large.

But when a group of clones infiltrate CCA headquarters, Violet is blamed. Already unsure of where her loyalties should lie, Violet finds herself running away with an unlikely ally: Seth, Jaxon’s unpredictable foster brother. With Seth at her side, Violet begins to learn about a whole new side of her city’s history—and her own.

But when she learns the shocking truth about cloning, Violet will have to make a choice—and it may be one that takes her away from everyone she ever loved.

Stefanie Gaither is the author of Falls the Shadow. After owning and co-managing a coffee shop for several years while simultaneously earning her BA in English, she left the small-business world behind to focus on her author career instead. Now, in addition to penning YA novels, she also works part-time as a copywriter for an advertising agency. She lives in North Carolina with her husband and an incredibly spoiled Shih Tzu. Visit her at StefanieGaither.com.

Praise For Into the Abyss…

"[A] fast-paced page-turner...Fans of thrillers, sci-fi, and dystopian novels will enjoy this book."


"Teens and new adults who love powerful heroines with super-human abilities will appreciate Violet’s character, who is both strong and conflicted...well worth a read-through for fans of science fiction."

* "A different twist on a post-apocalyptic tale, Falls the Shadow is a very engaging read and hard to put down until the last page."

"A kick-ass heroine, nonstop action, a tentative romance and plenty of moral dilemmas...for die-hard fans of Divergent and The Hunger Games."

"A solid debut whose gut-punch ending leaves room for a sequel."

"Falls the Shadow is a thrill ride of a book, giving readers a frightening tour of cloning possibilities—and a reminder of the hopeful connections that keep us human. What an intriguing debut for Stefanie Gaither!"
— Margaret Peterson Haddix, New York Times bestselling author, on FALLS THE SHADOW

"Falls the Shadow offers readers high octane thrills with surprising heart; beneath this story of cloning in a corporate future is the tale of two sisters and the complicated history that binds them. This is a refreshingly real and deeply human book.”
— Phoebe North, author of Starglass, on FALLS THE SHADOW

"Eerie from page one, Falls the Shadow offers a rare thing: a real mystery set at the heart of a thriller. Gaither’s debut bristles with action, but it’s also built on the complicated ground of how we love the sisters and brothers who are thrown into our lives—the people who are closest to us in the world, but in some ways will always be unknowable."
— Amy Rose Capetta, author of Entangled, on FALLS THE SHADOW

"A smart, futuristic thriller that grabs you and doesn't let go until the very last page. This is a fantastic debut from Stefanie Gaither.”
— Kristi Helvig, author of Burn Out, on FALLS THE SHADOW

"Gaither has laid a solid foundation with this intriguing concept and compelling characters."