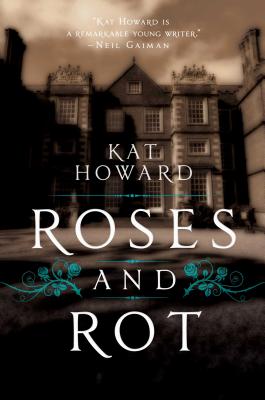 Praise For Roses and Rot…

"Kat Howard is a remarkable young writer, and she's written a powerful first novel, as strong as Emma Bull's War For The Oaks. This is a book about family, about the price we’re willing to pay for art, and the strange music and haunting glades of faerie."
— Neil Gaiman

Howard weaves a dark and enticing tale of sisterly bonds, fairypromises, and the price of artistic success in this lushly written debutfantasy set in the present-day U.S. As a child, Imogen was certain that nofairy tale stepmother could possibly be crueler than her own mother, acontrolling tyrant. Fortunately, Imogen and her younger sister, Marin, escapedto pursue their dreams: Imogen as a writer, Marin a dancer. After seven yearsapart, the women are reunited when both are selected to be fellows at Melete, aprestigious artist colony in rural New Hampshire. Melete’s fantastical campusseems perfect, but the sisters learn it’s hiding an extraordinary secret:Melete’s creative energy feeds the Fair Folk. Every seven years, the mostpromising Fellow is taken to live in Faery—and Imogen and Marin are shortlistedfor this dubious honor. Howard’s characters are deftly drawn, and her writingis seductive as fairy magic. This story will resonate with readers long afterthe last page.
— Publishers Weekly *STARRED REVIEW*

The realm of fairy tales meets the harsh world of the Fae in this starkly enticing debut. With undercurrents of darkness in the midst of the beauty of the arts, this is a Brothers Grimm tale for the contemporary reader.
— Library Journal, *STARRED REVIEW

“Captivating, fiercely smart (about sisters, artists), utterly transporting. I read it so consumingly, it was more akin to swallowing it whole. Not to be missed.”
— Megan Abbott

“A contemporary dark fantasy full of dark magic, the hidden traps of fairy tales, and painful humanity. I loved every page.”
— Christopher Golden

“Kat Howard seems to possess a magic of her own, of making characters come alive and scenery so vivid, you forget it exists only on the page. Roses and Rot is both beautiful and dark, lovely, and haunting."
— Anton Bogomazov

"This book is a love letter about creating art, directed at artists and creators in general and to the specific stories and authors that have preceded it—from Narnia to Angela Carter, Tam Lin to The Little Mermaid, from Ray Bradbury to Ellen Kushner to Delia Sherman to Neil Gaiman to Terry Pratchett to Maria Tatar."
— , Kirkus Reviews

Kat Howard’s short fiction has been nominated for the World Fantasy Award, anthologized in best of and annual best of collections, and performed on NPR. You can find it in her collection, A Cathedral of Myth and Bone. She is the author of the critically acclaimed Roses and Rot and the Alex Award–winning An Unkindness of Magicians. She is also one of the writers of the Books of Magic series, set in the Sandman Universe. She lives in St. Paul, Minnesota, and you can find her on twitter at @KatWithSword.
Loading...
or
Not Currently Available for Direct Purchase