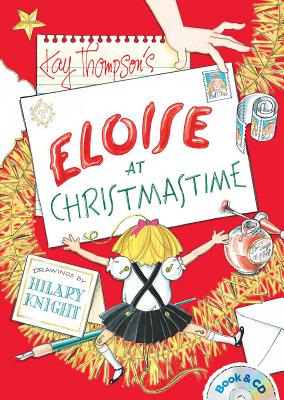 It’s Eloise’s sixtieth birthday—though she’s still not a day over six. Celebrate both her birthday and Christmas with this sweet holiday classic that now comes with a CD narrated by the brilliant Bernadette Peters!

It’s absolutely Christmas, but I don’t mind a bit. I give everyone a present for that’s the thing of it. So when it’s everly Christmastime, and you’re under your Christmas trees, simply tinkle a bell and have a trinkle, and remember, me Eloise!

Hilary Knight, son of artist-writers Clayton Knight and Katharine Sturges, was educated at the Art Students League, where he studied with Reginald Marsh. Besides the Eloise books, Hilary Knight has illustrated more than fifty books for children, six of which he wrote himself. He lives and works in New York City, not far from The Plaza Hotel.
or
Buy Here
Copyright © 2020 American Booksellers Association