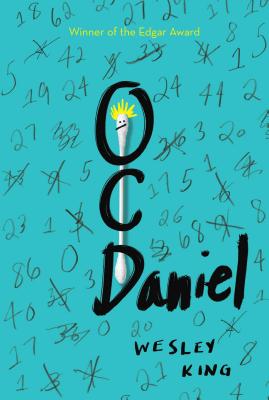 Then Daniel gets a note: “I need your help,” it says, signed, Fellow Star Child—whatever that means. And suddenly Daniel, a total no one at school, is swept up in a mystery that might change everything for him.

Wesley King is the author of over a dozen novels for young readers. His debut, OCDaniel, is an Edgar Award winner, a Canada Silver Birch Award winner, a Bank Street Best Book of the Year, and received a starred review from Booklist. The companion novel, Sara and the Search for Normal, received a starred review from School Library Journal and was the recipient of the Violet Downey Book Award and the Ruth and Sylvia Schwartz Children’s Book Award. King has also written The Incredible Space Raiders from Space!, A World Below, Butt Sandwich & Tree, and Kobe Bryant’s New York Times bestselling Wizenard series. He lives in Newfoundland.
Loading...
or support indie stores by buying on