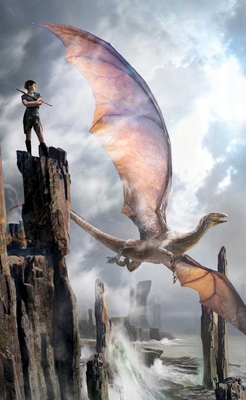 Every two hundred years or so, on the planet colony of Pern, shimmering Threads fall from space, raining death. Yet the great dragons of Pern, mounted by the stalwart dragonriders, scour the skies with fire to destroy the deadly Thread and save the planet.

Here we meet Menolly as she navigates her way as the first journeywoman Harper in the history of Pern; and fellow student Piemur whom is secretly asked to leave Harper Hall, drafted by Masterharper Robinton to embark on a dangerous mission to the Southern Hold.

The Harper Hall trilogy, set within science fiction legend Anne McCaffrey’s beloved and bestselling Dragonriders of Pern series, is a seminal work and a must-have for any fantasy or science fiction fan.