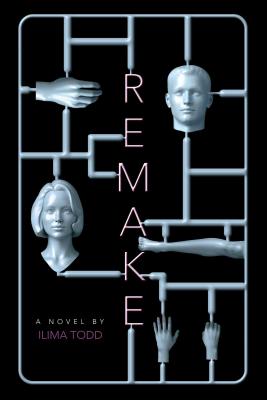 When seventeen-year-old Nine realizes that the promised freedom of Remake Day is a lie, her courage, heart, and beliefs are put to the test as she fights to regain control of her future. Nine is the ninth female born in her batch of ten females and ten males. But Nine isn't like every other batcher. She is worried about her upcoming Remake Day. That's the day when she and the others in her batch will leave Freedom Province and fly to the Remake facility. There they can choose who--and what--they want to be. Everything from hair color to name to occupation to gender is theirs to select. Sounds perfect...but is it? When something goes terribly wrong, Nine discovers that everything she thought she knew to be true about life outside of the Freedom Providence is actually a lie. Things that she'd been told were bad can be good, and decisions that she thought were hers to make have already been made for her. Pulled between two worlds and two lives, Nine will have to decide what's most important for her and her future. Her decisions will test her courage, her heart, and her beliefs. Who can she trust? Who does she love? And most importantly, who will she decide to be?

Ilima Todd was born and raised on the north shore of Oahu, Hawaii and now lives in the Southwest with her husband and four children. She has a degree in physics and was an avid reader before turning to writing full time.
Loading...
or
Not Currently Available for Direct Purchase