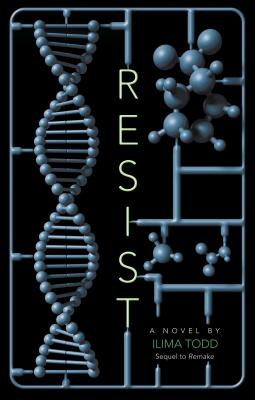 Now that Theron has been Remade, he must face a life in Freedom without Nine in this thrilling companion to Remake, which Elana Johnson, author of the Possession trilogy, called “a brilliant debut not to be missed.”

Having been rescued, Remade, and returned to Freedom, Theron must now face a life without Nine. Though he’s chosen to be a healer, he uses all the vices Freedom affords to try and dull the pain of losing Nine. But he can’t find the peace he so desperately needs. Until he meets Catcher, a man who shows him the dark truths behind Freedom’s Batcher program. From him, Theron learns what it means to be a leader. When he falls in love with a captured rebel named Pua, Theron must choose: Freedom and its easy pleasures, or a life that is truly free but full of hardships and decisions.

Ilima Todd was born and raised on the north shore of Oahu and currently resides in the Rocky Mountains. She never wanted to be a writer even though she loves books and reading. She earned a degree in physics instead. But the characters in her head refused to be ignored, and now she spends her time writing science fiction for teens. When she is not writing, Ilima loves to spend time with her husband and four children.
Loading...
or
Not Currently Available for Direct Purchase