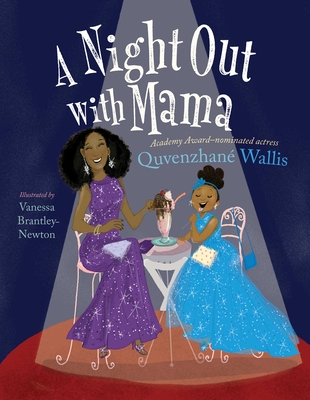 A Night Out with Mama

From Academy Award–nominated actress Quvenzhané Wallis comes a story about glitz, glamour, and the most important thing of all—family.

But most special of all, it will be a night out with her mama.

Praise For A Night Out with Mama…

"...readers should relate to an ebullient heroine whose family makes her feel loved and grounded—no matter where life takes her."
— Publisher's Weekly

"Charming, expressive illustrations vibrantly depict each scene, nicely capturing the girl’s excitement and her family’s support and affection throughout....kids will appreciate that, whether everyday or singular experiences, it’s sharing them with loved ones that matters most."
— Booklist