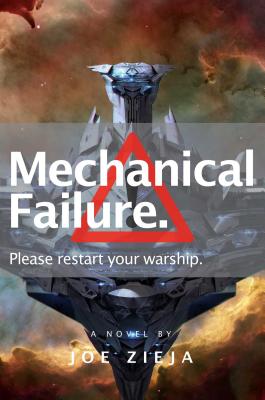 A smooth-talking ex-sergeant, accustomed to an easygoing peacetime military, unexpectedly re-joins the fleet and finds soldiers preparing for the strangest thing—war.

The two hundred years’ (and counting) peace is a time of tranquility that hasn’t been seen since...well, never. Mankind in the Galactic Age had finally conquered war, so what was left for the military to do but drink and barbecue? That’s the kind of military that Sergeant R. Wilson Rogers lived in before he left the fleet to become a smuggler.

But it turns out that smuggling is hard. Like getting-arrested-for-dealing-with-pirates-and-forced-back-into-service kind of hard. It doesn’t seem so bad—the military was a perpetual tiki party anyway—but when Rogers returns after only a year away, something has changed. These are soldiers—actual soldiers doing actual soldier things like preparing for a war that Rogers is sure doesn’t exist. Rogers vows to put a stop to all this nonsense—even if it means doing actual work.

With an experienced ear for military double-speak, Zieja has created a remarkable and sarcastic adventure.

“As sci-fi spoofs and humorous novels go, Mechanical Failure was a lot of fun. When I read parts of this book aloud to my husband, he chuckled and said, ‘Kinda feels like Terry Pratchett in space.’ Trust me, coming from him, that’s a great compliment. Personally, I think I would liken this more to something like Spaceballs.”
— —BiblioSanctum

“Mechanical Failure is the perfect tonic for those missing the writing of the comedy sci-fi greats. It is as good as Harrison, Grant, and even Adams—highly amusing, clever fiction."
— —SFBook Reviews

“A funny story about a funny man in a funny universe."
— —Amazing Stories

“Mechanical Failure often plays like a sci-fi riff on the 1961 satire Catch-22. It’s nice to be reminded that sci-fi can be supersilly and supersmart about it, and because sarcastic homicidal robots rule.”
— —B&N Sci-Fi & Fantasy Blog

Joe Zieja is an author with a long history of doing things that have almost nothing to do with writing at all. A graduate of the United States Air Force Academy, Joe dedicated over a decade of his life to wearing The Uniform, marching around in circles and shouting commands at people while in turn having commands shouted at him. It was both a great deal of fun and a great nuisance, and he wouldn’t have had it any other way. Joe’s also a commercial voiceover artist and a composer of music for video games and commercials. He’s probably interrupted your Spotify playlist at least once to encourage you to click on the banner below and isn’t the least bit upset that you ignored him.
Loading...
or
Not Currently Available for Direct Purchase