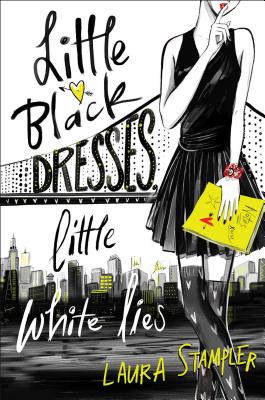 The Devil Wears Prada meets Sex and the City in a wickedly funny debut novel about a girl who lands a dream internship at a magazine in New York City. If only she hadn’t lied about being a dating expert on her resume…

Harper Anderson has always thought she should have been born somewhere more glamorous than her sleepy Northern California suburb.

Already resigned to working at a Skinny B’s Juice Press for the summer, Harper is shocked when the ultra-prestigious teen magazine, Shift, calls to say they want her to be their teen dating blogger for the summer. All she needs to do is get her butt to New York in two days.

There’s just one teeny, tiny problem: Apart from some dance floor make-outs, Harper doesn’t have a whole lot of dating experience. So when Shift’s application asked for an “edgy” personal essay, Harper might have misappropriated her best friend’s experiences for her own. But she can just learn on the job...right? Will the house of lies Harper has built around her dream job collapse all around her, or will she be able to fake it until she makes it in the big city?

Laura Stampler is a Californian turned New Yorker. After graduating from Stanford University, she became a journalist, interning—and then worked on staff—at various newspapers and magazines. Laura has written about everything from dating to social media stars to social justice issues at Time magazine, Business Insider, Huffington Post, The Nation, The New Republic, and The Jewish Journal of Greater Los Angeles. When she isn’t writing, she’s probably looking at pug gifs on the Internet.
Loading...
or support indie stores by buying on