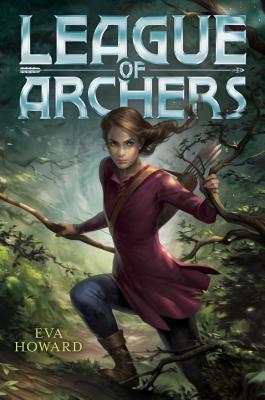 A girl on the run after being accused of killing Robin Hood learns what it really means to be a hero in this exciting adventure story.

“That’s the girl who killed Robin Hood!” Those words send Ellie Dray racing for the forest and the chance to clear her name.

With her secret revealed, the Baron immediately arrests Marian. But he needs a scapegoat for the murder of Robin Hood, and who better than a young novice nun? Ellie is proclaimed a hero—the person who killed the famous outlaw Robin Hood—but the villagers don’t agree. A mob forms, vowing to hunt Ellie down and exact their own vengeance.

Will Ellie and her League of Archers be able to find the real killer, free Maid Marian, and keep Robin Hood’s legacy alive?

Ellie and her League are a likable troupe who rise above the stereotype of
plucky urchins and learn to make tough choices about loyalty and honor. This is a highly enjoyable
adventure story that should appeal to a wide range of readers.
— Kara Dean
— Booklist