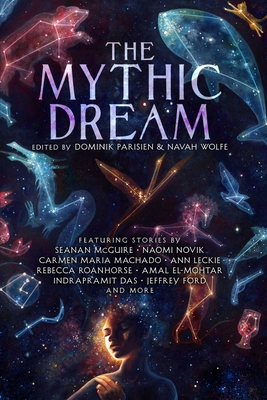 “This eclectic, often subversive collection will appeal to fairy tale fans who want something new and different.”
— Publishers Weekly

Stephen Graham Jones is the New York Times bestselling author of The Only Good Indians. He has been an NEA fellowship recipient and been recipient of several awards including: the Ray Bradbury Award from the Los Angeles Times, the Bram Stoker Award, the Shirley Jackson Award, the Jesse Jones Award for Best Work of Fiction from the Texas Institute of Letters, the Independent Publishers Award for Multicultural Fiction, and the Alex Award from American Library Association. He is the Ivena Baldwin Professor of English at the University of Colorado Boulder.

Rebecca Roanhorse is the New York Times bestselling author of Trail of Lightning, Storm of Locusts, Black Sun, and Star Wars: Resistance Reborn. She has won the Nebula, Hugo, and Locus Awards for her fiction, and was the recipient of the 2018 Astounding Award for Best New Writer. The next book in her Between Earth and Sky series, Fevered Star, is out in April 2022. She lives in New Mexico with her family.
Loading...
or support indie stores by buying on