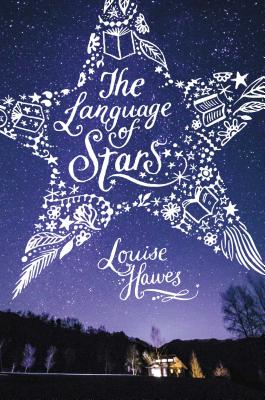 The Language of Stars

Sarah is forced to take a summer poetry class as penance for trashing the home of a famous poet in this fresh novel about finding your own voice.

Sarah’s had her happy ending: she’s at the party of the year with the most popular boy in school. But when that boy turns out to be a troublemaker who decided to throw a party at a cottage museum dedicated to renowned poet Rufus Baylor, everything changes. By the end of the party, the whole cottage is trashed—curtains up in flames, walls damaged, mementos smashed—and when the partygoers are caught, they’re all sentenced to take a summer class studying Rufus Baylor’s poetry…with Baylor as their teacher.

For Sarah, Baylor is a revelation. Unlike her mother, who is obsessed with keeping up appearances, and her estranged father, for whom she can’t do anything right, Rufus Baylor listens to what she has to say, and appreciates her ear for language. Through his classes, Sarah starts to see her relationships and the world in a new light—and finds that maybe her happy ending is really only part of a much more interesting beginning.

The Language of Stars is a gorgeous celebration of poetry, language, and love from celebrated author Louise Hawes.

Praise For The Language of Stars…

An act of vandalism revitalizes a small town. Sarah Wheeler, the novel's presumably white narrator, has hit a fork in the road. Though at heart from the nerdy, lit- and drama-loving "Untouchables," she's now dating Fry, the hottest surfer dude at Whale Point High. When Fry throws a kegger in a cherished local landmark, Sarah joins him, against her better judgment—and the seaside cottage,former retreat of famed poet Rufus Baylor, ends up in flames. The drunken escapade lands Sarah and most of the partiers in court, sentenced to restoringthe trashed cottage and taking a summer writing class taught by none other thanthe mythic and octogenarian Baylor. Baylor's return to Whale Point injects new life into the sleepy community, prompting Sarah's single mother and her largely absent "biological accident" father to re-examine their relationships with their daughter. At the same time, with Baylor's attention and poetic inspiration, Sarah begins to look more closely at herself. While the circumstances leading to such communal introspection may be a bit far-fetched,Hawes excels in crafting rounded characters with varied home situations teens can relate to, and poems infused throughout the narrative offer poetic points of attachment as well as examples of different writing techniques (group- and free-writing, donning blindfolds, etc.) budding writers might attempt. A tale of self-discovery well suited for art-inclined readers who feel themselves on the fringe. (Fiction. 14-18)
— Kirkus Reviews

Hawes(Black Pearls: A FaerieStrand) transforms carelessness into redemption in a summer story that begins after a group of teens break into and throw a raging party at abeloved local poet’s cottage, trashing it and nearly burning it to the ground. (A note explainsthat the story is partly inspired by a similar 2008 incident involving Robert Frost’s summer home.) Sarah, Hawes’s wide-eyed narrator, has an innate poetic bent and only reluctantly took part in the break-in because of her popular boyfriend, Fry. Though Sarah’s relationship with Fry is central to the plot,the real romance is one of words. The teens are sentenced to restore the cottage and take a poetry course—taught by the house’s elderly owner, Rufus Baylor, who becomes a mentor to Sarah. Full of poetry and ideas, Sarah’snarration has an exuberant innocence, bringing a fresh and joyful quality to astory about a girl learning to love the possibilities that come with independence: the chance to discover one’s true self and desires, while forging a path forward that might fulfill them. Ages 12–up.
— Publishers Weekly

For years, poet laureate Rufus Baylor spent his summers renting a cottage in the resort town, Whale Point, and now the cottage-turned-museum is a beloved landmark. When high-school students break in and throw a party, causing thousands of dollars of damage, the judge sentences them to a summer of poetry classes taught by the legendary poet. Sarah is ashamed of her role—her boyfriend Fry was the leader, but she followed, afraid of losing her newfound popularity—but the class doesn’t feel like punishment. Instead, Baylor’s passionate teaching reminds Sarah of who she was before she starting dating Fry and gives her a way to express herself. Though often sentimental and low on conflict, this is a rewarding character study of an elderly mentor and a young student who each rediscover the power of creative expression. Hawes’ simple, lovely poetry illustrates Sarah’s inner journey as her rocky relationships with estranged parents, friends, and boyfriend change. This is a tale of forgiveness, listening to the world, and looking beyond the surface. — Krista Hutley
— Booklist

Sarah gave up her quirky friends for popular boyfriend Fry junior year. Though it’s his loathsome idea to throw a kegger at “National Treasure” poet Rufus Baylor’s summer cottage, a historical site on the outskirts of their coastal North Carolina town, Sarah doesn’t outwardly object—or stop drunken partygoers from ravaging the place. After being busted, the miscreants are sentenced to community service and to a poetry-appreciation summer class, and the story deepens considerably once the elderly poet himself arrives to teach the course. A warm, natural teacher, Rufus inspires even the most poetry-averse delinquents, but especially Sarah, who becomes his protégé and friend. As Sarah finds her voice, the first-person narration naturally becomes more lyrical, and she also sheds her unappealing passivity. She stands up to her controlling mother, who pressures her toward med school; to Fry, who she knows isn’t right for her; and ultimately to fatherly Rufus when he attempts to project his dreams onto her future. Even before reading Hawes’s note on the story’s inspiration, poetry-loving readers should pick up on the Robert Frost–like sensibilities in Baylor, whose work is steeped in the natural beauty of his regional setting. With Sarah’s and Rufus’s poems included, readers will find much to savor in this book, an inspiring redemption story and an ode to the transformative power of verse.
— Horn Book

Sarah is a high school student who ditches her old friends and begins hanging out with the popular crowd and a new, popular boyfriend. One day, after drinking one too many beers at a party, things escalate and famous poet Rufus Baylor’s house is burned and trashed. Fortunately, Sarah and her friends aren’t sentenced to jail, but instead a poetry appreciation course taught by the famous poet himself. Rufus becomes somewhat of a mentor for Sarah while she is battling with her new life, her pushy mother who wants her to be someone she is not, and other family issues. Eventually, Sarah begins to find out who she really is and who she wants to become. Hawes has created an excellent and witty plot with a different sense of style that is a bit like a montage, weaving together the story, sounds Sarah hears around her, and poems. Sexual references and profanity make this title suitable for high school students.
— School Library Connection

"A tale of self-discovery well suited for art-inclined readers who feel themselves on the fringe."
— Kirkus

"[Sarah's] struggle with the decision to be true to herself is one that many teens will recognize."
— School Library Journal

Full of poetry and ideas, Sarah’s narration has an exuberant innocence, bringing a fresh and joyful quality to a story about a girl learning to love the possibilities that come with independence: the chance to discover one’s true self and desires, while forging a path forward that might fulfill them.
— Publishers Weekly

"A rewarding character study [about] the power of creative expression. This is a tale of forgiveness, listening to the world, and looking beyond the surface."
— Booklist

"Readers will find much to savor in this book, an inspiring redemption story and an ode to the transformative power of verse."
— Horn Book

"An excellent and witty plot with a different sense of style...weaving together the story, sounds Sarah hears around her, and poems."
— School Library Connection

Louise Hawes has written books for readers of all ages, including Rosey in the Present Tense, Waiting for Christopher, The Vanishing Point, and Black Pearls. Her work has won awards from Bank Street College, the NJ Council on the Arts, the New York City Public Library, the Children’s Book Council, the Independent Booksellers Association, the International Reading Association, and the Young Adult Library Services Association (YALSA). Louise has written poems from the time she could form letters, but poetry has always been something she kept to herself—a sort of emotional timeline and diary. The Language of Stars marks the first time she’s “gone public” with her poems. A tribute to Frost, one of her favorite poets, it is a sort of “debut novel” for an author who’s written several well-loved books but never one so close to her heart.
Loading...
or
Not Currently Available for Direct Purchase