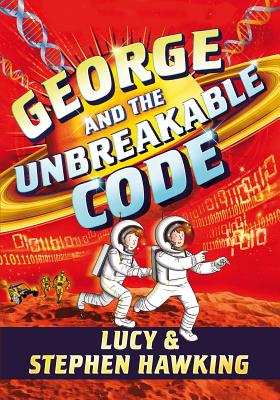 George and Annie are off on another cosmic adventure to figure out why strange things are happening on Earth in the fourth book of the George’s Secret Key series from Stephen and Lucy Hawking.

George and his best friend Annie haven’t had any space adventures for a while and they’re missing the excitement. But not for long, because seriously strange things have started happening.

Banks are handing out free money, supermarkets aren’t able to charge for their produce so people are getting free food, and aircrafts are refusing to fly. It looks like the world’s biggest and best computers have all been hacked. And no one knows why…

It’s up to George and Annie to travel further into space than ever before in order to find out what—or who—is behind it.