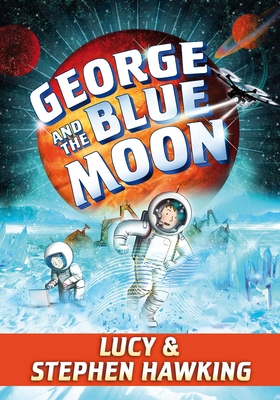 George and Annie are off on another cosmic adventure inspired by the Mars Expedition in the fifth book of the George’s Secret Key series from Stephen and Lucy Hawking.

George and his best friend, Annie, have been selected as junior astronauts for a program that trains young people for a future trip to Mars. This is everything they’ve ever wanted—and now they get to be a part of up-to-the minute space discoveries and meet a bunch of new friends who are as fascinated by the universe as they are.

But when they arrive at space camp, George and Annie quickly learn that strange things are happening—on Earth as well as up in the skies. Mysterious space missions are happening in secret, and the astronaut training they’re undertaking gets scarier and scarier…

Garry Parsons is the award-winning illustrator of many books, including George’s Secret Key to the Universe, George’s Cosmic Treasure Hunt, George and the Big Bang, George and the Unbreakable Code, and George and the Blue Moon by Lucy and Stephen Hawking; Billy’s Bucket by Kes Gray; and What’s Cool About School by Kate Agnew. He lives in London. Visit him at GarryParsons.co.uk.
or support indie stores by buying on
Copyright © 2020 American Booksellers Association