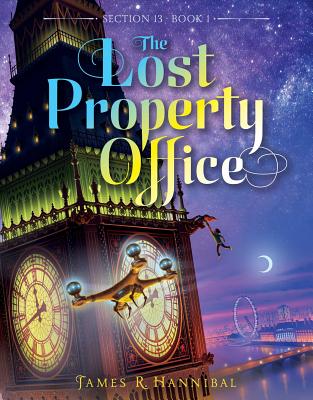 "... it’s the highly detailed magical world that stands out. Still, the ride is fast and fun. Buy where fantasy flies off the shelf."
— School Library Journal

James R. Hannibal is no stranger to deep dark secrets or hunting bad guys, having served in the US Air Force as a stealth bomber pilot and a Predator mission commander. Like Jack Buckles, James “suffers” from synesthesia, an intersection of the senses that was once considered a mental illness and often causes hyperobservance. If you bake him a cake, he might tell you that it smells blue and sticky—and you should take it as a compliment. You can learn more at TheLostPropertyOffice.com.
Loading...
or support indie stores by buying on
(This book is on backorder)