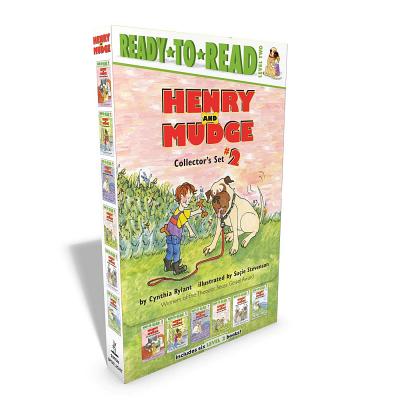 Henry and Mudge fans will love this carry-along Ready-to-Read boxed set with six favorite stories from the award-winning series!

Henry and his big dog, Mudge, star in this award-winning series that has introduced millions of beginning readers to the joys of reading. Henry and Mudge do everything together. When Mudge gets scared, Henry stays by his side. When Henry gets scared, Mudge licks him! That’s what friends are for!

Suçie Stevenson is the acclaimed author and illustrator of more than fifty books for children and is best known as the illustrator of the popular Henry and Mudge books by Cynthia Rylant. She lives on Cape Cod, Massachusetts, with her little cocker spaniel, Gracie.
Loading...
or support indie stores by buying on