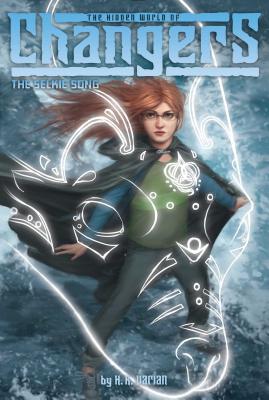 The Selkie Song (The Hidden World of Changers #4)

Fiona sets out on a journey to find her mother and unlock her selkie magic at last in the thrilling fourth novel of The Hidden World of Changers series!

When Fiona’s father finds out that Fiona is a Changer, he reveals a long-kept secret: Fiona’s mother is alive, and a selkie Changer just like her. Determined to reunite her family and unlock her own selkie powers, Fiona heads to the ocean to begin the search, but is she really ready to take such a big step? And how easy will it be to find her mother, when she’s spent so many years in the wild sea?

Back on land, trouble is brewing: Auden Ironbound is once again closing in on Willow Cove, this time with a new army of Changers and warlocks. At first Mack thinks the group can handle Auden on their own, but the magic that saved them last time isn’t working. They need a plan…they need Fiona. Can Fiona find her mother and save her friends before it’s too late?

H.K. Varian has always loved reading about ancient mythology, ruins, and magic. Though H.K. once dreamed of having awesome powers like in Changers, writing became kind of like magic in and of itself. Today H.K. lives, writes, and has adventures in Pittsburgh, though most of them don’t involve battling warlocks, storming castles, or retrieving enchanted objects.
Loading...
or
Not Currently Available for Direct Purchase