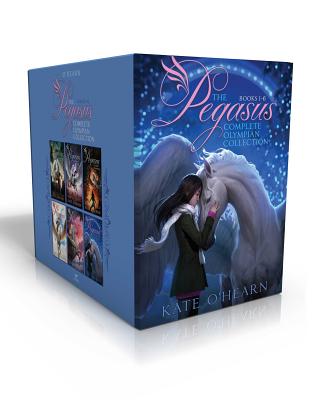 The Flame of Olympus; Olympus at War; The New Olympians; Origins of Olympus; Rise of the Titans; The End of Olympus

Discover the world of Mount Olympus with Emily and Pegasus as they soar to new heights with this collectible boxed set!

Emily and Pegasus have faced many dangers. Their first meeting was on the roof of a New York City apartment building during a war between immortal beings. They have traveled through time to Ancient Greece and modern-day Hawaii. Their next adventure takes them to London where old enemies will stage a final showdown.

This hardcover boxed set includes all six titles:
The Flame of Olympus
Olympus at War
The New Olympians
Origins of Olympus
Rise of the Titans
The End of Olympus