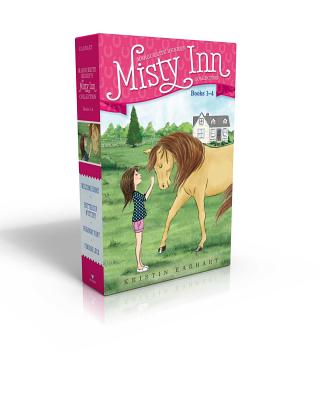 Join siblings Willa and Ben Dunlap in the first four books of the chapter book series inspired by Marguerite Henry’s Misty of Chincoteague, now available in a collectible boxed set!

This boxed set includes four books of the Misty Inn series, from Willa and Ben’s move to Chincoteague to the galloping adventures that follow.

The Dunlap’s bed and breakfast is finally finished in Finding Luck! But one disaster after another threatens the grand opening and Willa and Ben begin to worry that running an inn wasn’t such a great idea after all.

Serena Geddes has been illustrating children’s books since 2009. She has illustrated the Lulu Bell books and has also worked for Walt Disney Animation Australia on sequels to The Lion King, Peter Pan Return to Neverland, Lady and the Tramp, and The Jungle Book.
Loading...
or
Not Currently Available for Direct Purchase