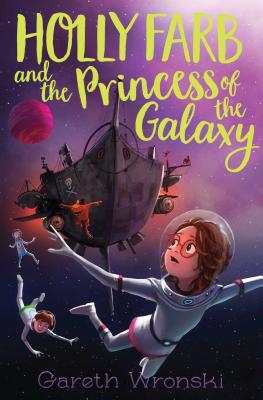 Holly Farb and the Princess of the Galaxy (Hardcover)

Guardians of the Galaxy meets Hitchhiker’s Guide to the Galaxy in this laugh-out-loud funny debut novel about a girl’s journey into space and beyond to find her place in the universe.

Gareth Wronski was born and raised in Toronto. After watching Star Wars as a child on his grandparents’ VCR, he decided he wanted to tell science fiction and fantasy stories of his own. He currently resides in an old house by the Avon River in Stratford, Ontario, where he lives in constant terror of roaming swans. You can find out more about him at GarethWronski.com or say hi on Twitter @GarethWronski.