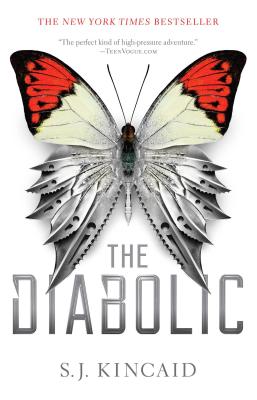 Praise For The Diabolic…

"Exploring what it is to question society’s definition of what you are and who you should be...the first-person narration makes the story immediate, and the political plotline could yield some thought-provoking discussion."
— Booklist

"Kincaid has crafted incredible characters who readers can relate to and care for...these protagonists and the complex setting will thrill the YA audience. VERDICT Fans of Marissa Meyer’s “The Lunar Chronicles” will enjoy Kincaid’s latest. This story of friendship, love, loss, suspense, and galactic beings will grab the attention of sci-fi fans and general readers alike."
— School Library Journal