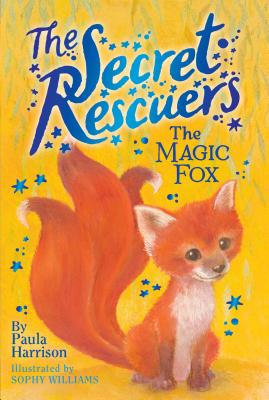 Poppy loves spending time with a family of magic foxes, especially the little cub. Each of the foxes has three tails and can change color!

But when Sir Fitzroy traps the poor foxes using a horrible machine, Poppy to act fast! Can she stage a midnight rescue and free the magical animals?

Paula Harrison began inventing stories and writing them down as a child, including one about a magical land inhabited by talking bookworms. She lives with her husband and two children in England.

Sophy Williams is the illustrator of the Secret Rescuers series. Visit her online at SophyWilliamsIllustrator.com.

Praise For The Magic Fox (The Secret Rescuers #4)…

Book 1, Storm Dragon, was described as "A lighthearted, magical story that is sure to delight young fantasy fans"
— School Library Journal
or support indie stores by buying on
Copyright © 2020 American Booksellers Association