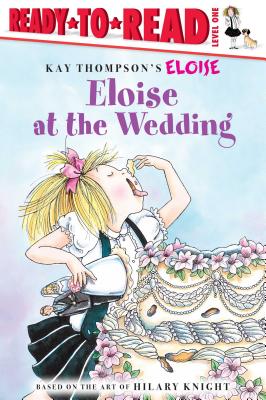 Eloise at the Wedding

Eloise becomes part of a wedding at The Plaza in this hilarious Level 1 Ready-to-Read that’s perfect for emerging readers. How marvelous!

Ooooooo, Eloise just loves weddings! And there is going to be one at The Plaza. But when Eloise takes a peek at the bride, little does she know the surprise that awaits her!

Margaret McNamara is the author of the Robin Hill School series, and she gets many ideas from her daughter’s own school experiences. She lives in New York City.
Loading...
or support indie stores by buying on