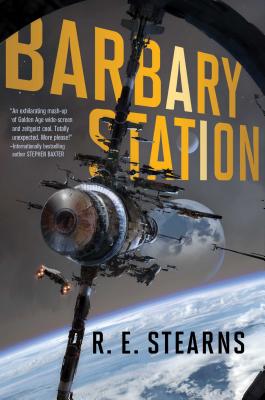 R.E. Stearns is the author of Barbary Station and Mutiny at Vesta. She wrote her first story on an Apple IIe computer and still kind of misses green text on a black screen. She went on to annoy all of her teachers by reading books while they lectured. Eventually she read and wrote enough to earn a master’s degree in curriculum and instruction from the University of Central Florida. She is hoping for an honorary doctorate. When not writing or working, R.E. Stearns reads, plays PC games, and references internet memes in meatspace. She lives near Orlando, Florida, with her husband, a computer engineer, and a cat.
Loading...
or support indie stores by buying on
(This book is on backorder)