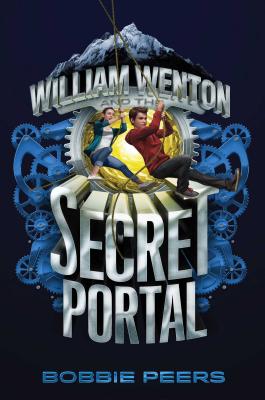 William Wenton and the Secret Portal

After William starts to suffer from mysterious fits that leave him unable to control his body—let alone crack codes—he worries that the metal inside him is acting up. There’s only one place he can go for answers: the Institute for Post-Human Research.

But nothing at the Institute is the same. His room is more like a cell, and outside the window, huge searchlights sweep the skies and robot vehicles roam the grounds. William’s old teachers won’t tell him what’s going on although it’s obvious that everyone is frightened of something—or someone.

When his friend Iscia finally arrives, William thinks he may have found an ally, but she’s hiding things as well. As more secrets are revealed, William realizes that no one has been telling him the truth and that he may not be able to trust anyone. He’s going to have to rely on his wits and his abilities to solve the mystery of what is behind the strange events at the Institute and what it all means for him.

Praise For William Wenton and the Secret Portal…

" . . . this series opener is a gripping story from early on, and the wonky twists and turns ramp up the excitement as readers learn more about William’s family and this crazy metal at the core of the drama. . . .  any kid who likes ciphers and codes will be drawn in, and there’s plenty here to lure them back for the next outing."" -
— BCCB on Book 1, William Wenton and the Impossible Puzzle

"Peers’ first novel follows the pattern of many such school and adventure stories—think Hogwarts with robots and carnivorous robotic plants—but there are plenty of twists to keep readers guessing. Appealing, resilient William makes realistic mistakes in judgment that often test that resilience. The crisp narrative will appeal to readers of different levels, and more adventures involving William Wenton will be welcome."
— Booklist on Book 1, William Wenton and the Impossible Puzzle