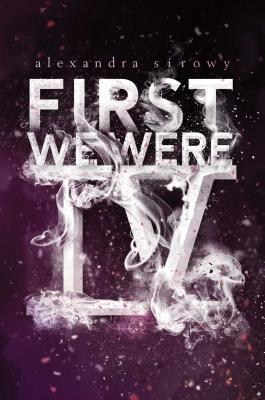 First We Were IV

A group of friends start a secret society in this out-of-control thriller from the author of The Telling and The Creeping that examines the all-consuming love of lifelong friendship—and what someone is capable of when they’re afraid of losing it.

Izzie loves nothing more than her three best friends, Viv, Graham, and Harry, and the bond the four of them share. And she’s terrified of their friendship falling apart next year when they go off to college. To bind them together, she decides to create something that will belong only to them, a special thing that they’ll always share between the four of them. And so they dream up the Order of IV, a secret society devoted to mischief that rights wrongs and pays back debts. At first, it works like a charm—but when the Order of IV’s escapades get recognition beyond their wildest expectations, other people start wanting in. And soon, what started as a game of friendship is spiraling into something dangerous and beyond their control—and before it’s over, they’ll pay the ultimate sacrifice.

Praise For First We Were IV…

"Sirowy is a master of suspense...Shocking, inventive, and woven through with dread, this is a satisfying mystery."
— Booklist

"For fans of E. Lockhart’s We Were Liars and Lauren Oliver’s Panic."
— School Library Journal

"The concept alone makes First We Were IV stand out in the ever-expanding roster of small-town YA thrillers. But Sirowy’s phenomenal execution will have readers salivating to get to the end. Her fine-tuned writing style draws an intricate sketch of events as they unfold and there are no extraneous details that delay the plot. The characters are unique, well-developed and perfectly flawed."
— Romantic Times

"I freaking loved this book. This book was like everything I hoped and dreamed it would be, to put it simply."
— PeruseProject

"Dark, edgy, and wholly unpredictable, Alexandra Sirowy’s First We Were IV is the wild summer read you need."
— The Fandom

"FIRST WE WERE IV is one of those books that hooks readers from the first page."
— Teenreads

"Any fans of How to Get Away with Murder here? If so, this novel’s for you."
— Young Entertainment Mag

"Alexandra Sirowy uses creepy imagery to peel back the layers of a quaint, coastal town to reveal its seedy core and to bring this twisty ride to its inevitable yet shocking conclusion."
— Bookpage

* "Hand this to readers who like their mysteries dark and deep, with strongly developed characters and stunningly good prose."
— BCCB, starred review

Alexandra Sirowy is the author of The Creeping and The Telling. She was born and raised in Northern California, where she attended a women’s college as an undergraduate and received her MA at the University of San Francisco. She is a voracious reader, the oldest of three children, an avid traveler, a record-holding high school long jumper, a gourmet cook, a feminist, and forever grateful to her parents for reading to her as a child. Alexandra lives in Northern California with her husband.
Loading...
or
Not Currently Available for Direct Purchase