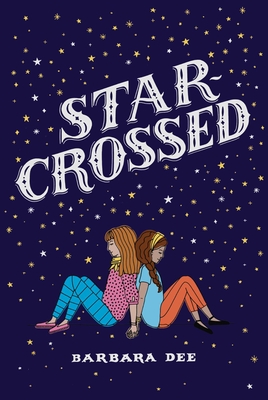 Twelve-year-old Mattie wrestles with her crush on Gemma as they participate in their school production of Romeo and Juliet in what School Library Journal calls “a fine choice for middle school libraries in need of accessible LGBTQ stories.”

Twelve-year-old Mattie is thrilled when she learns the eighth grade play will be Romeo and Juliet. In particular, she can’t wait to share the stage with Gemma Braithwaite, who has been cast as Juliet. Gemma is brilliant, pretty—and British!—and Mattie starts to see her as more than just a friend. But Mattie has also had an on/off crush on her classmate Elijah since, well, forever. Is it possible to have a crush on both boys AND girls?

If that wasn’t enough to deal with, things offstage are beginning to resemble their own Shakespearean drama: the cast is fighting, and the boy playing Romeo may not be up to the challenge of the role. And due to a last-minute emergency, Mattie is asked to step up and take over the leading role—opposite Gemma’s Juliet—just as Mattie’s secret crush starts to become not-so-secret in her group of friends.

In this funny, sweet, and clever look at the complicated nature of middle school romance, Mattie learns how to become a lead player in her own life.

Barbara Dee is the author of twelve middle grade novels including Violets Are Blue, Haven Jacobs Saves the Planet, My Life in the Fish Tank, Maybe He Just Likes You, Everything I Know About You, Halfway Normal, and Star-Crossed. Her books have earned several starred reviews and have been named to many best-of lists, including The Washington Post’s Best Children’s Books, the ALA Notable Children’s Books, the ALA Rise: A Feminist Book Project List, the NCSS-CBC Notable Social Studies Trade Books for Young People, and the ALA Rainbow List Top Ten. Barbara lives with her family, including a naughty cat named Luna and a sweet rescue hound named Ripley, in Westchester County, New York.
Loading...
or support indie stores by buying on