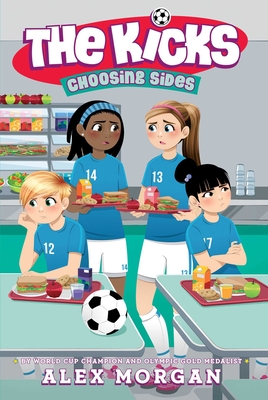 Meanwhile, Zoe and Emma haven’t been seeing eye-to-eye, and their friendship seems to be in trouble, putting Devin and Jessi in the middle of their fights. When they begin to disrupt the Kicks’ practices, Devon knows she has to do something.