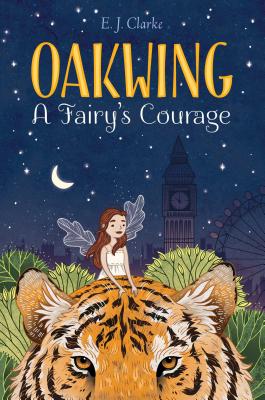 Being a fairy is a lot more dangerous than you think…

Ever since Rowan was transformed into a fairy, her life has been filled with perilous adventures. And when her mom is kidnapped by an evil fairy called Vulpes and his army of foxes, Rowan sets off on her most dangerous mission yet. With the help of her fairy friends—plus a tiger released from London Zoo!—she’s sure she can rescue her mom and save the fairy realms.

But Vulpes is cunning and sly. And he’s luring Rowan right into a trap.

E.J. Clarke is the author of the Oakwing series. It came from an idea that popped into his head and wouldn’t leave. He lives in North London and is married with two young daughters who would like to be fairies. He hopes this book will give them that chance. When he’s not writing about fairies he works for a company that makes films and television programs.
Loading...
or
Not Currently Available for Direct Purchase